How to Make Your Own BBQ Sauce 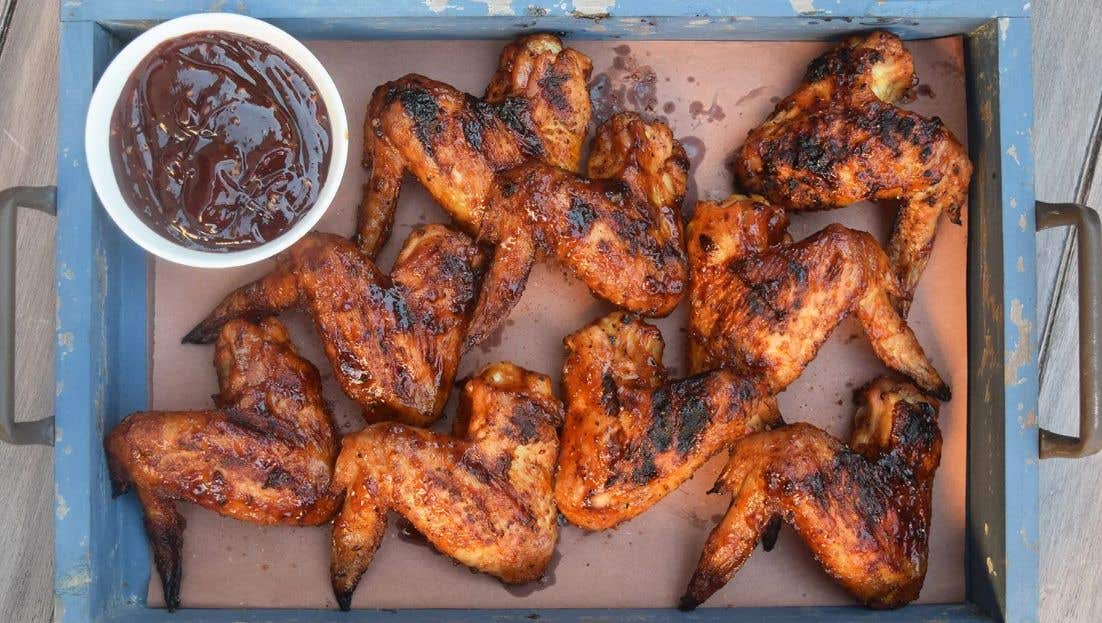 Making BBQ sauce is as easy as blending a few ingredients in a pan and letting the sauce simmer for 15 to 20 minutes until it thickens. Once you get the basics down, you can put your own twist on it with different ingredients and combinations. Create your own signature sauce, tweaking the flavor profile to your personal preference. In fact, when you see just how easy it is to make your own barbecue sauce, you may never buy bottled sauce again.

There's something special about homemade BBQ sauce and there’s a sauce for every occasion and palate. Seriously, the variety of available BBQ sauce recipes is endless. Whether it’s sweet, smoky or spicy, this flavorful condiment can be used in so many ways. Serve it as a dip, spread it on a sandwich or drizzle it over pizza. Slather it on ribs, chicken, beef and all your grilled dishes.

There's something special about homemade BBQ sauce and there’s a sauce for every occasion and palate. Seriously, the variety of available BBQ sauce recipes is endless. Whether it’s sweet, smoky or spicy, this flavorful condiment can be used in so many ways. Serve it as a dip, spread it on a sandwich or drizzle it over pizza. Slather it on ribs, chicken, beef and all your grilled dishes.

BBQ sauce is quick to prepare and requires just a few ingredients that you probably already keep on hand. The most basic sauces have classic flavors with a bit of tang and a little sweetness, always striving for a balance of flavors.

What ingredients do you need to make homemade BBQ sauce?

For a base barbecue sauce, you can use ketchup, yellow mustard, apple cider vinegar and brown sugar. From there, you can adjust ingredients and quantities. There are lots of ways to vary the base. Skip the ketchup or mustard. To deepen the flavor, add ingredients like Worcestershire or hot sauce, garlic powder and/or smoked paprika. Try different types of vinegar and add herbs until you devise your personal favorite.

Four basic barbecue sauce flavor profiles combine in varying degrees, balancing one another so the sauce is not too sweet or too spicy.

Tangy: Tang is the acid component that starts with tomato but is usually boosted with white, apple cider or other flavored vinegars and acidic fruit juices.

Salty: Salt brings it all together…the sweet, the tang and the heat. We recommend kosher salt because it’s less salty than iodized salt, but you can also use smoked salt, celery salt, onion salt or other seasoned salt.

Spicy: Your sauce needs a little kick to balance out the sweetness. Black pepper brings basic heat, but you can turn it up with peppers, hot sauces and chili powders like ancho, cayenne and chipotle.

The United States is comprised of four firmly established BBQ regions: Kansas City, Memphis, Carolina and Texas. Your favorite sauce may be whatever style you grew up eating at the local barbecue joint. Most barbecue sauces contain vinegar, tomato and mustard, but each region’s sauce is distinct. Some are super smoky, while others will be thick and spicy or tangy and sweet. They’re all delicious in their own right.

Kansas City: When you think of barbecue sauce, chances are you’re thinking about Kansas City-style, thick, brown and sweet. This tangy sauce always starts with a tomato or ketchup base and includes brown sugar or molasses as a sweetener. It’s good on everything, but it’s especially tasty on ribs.

Memphis: Best known for its dry rub barbecue, Memphis is all about pork, specifically pork ribs and shoulders. Thinner than most tomato-based sauces, Memphis sauce is a mixture of brown sugar, mustard and vinegar, along with just a hint of heat.

South Carolina: South Carolina barbecue sauce doesn’t contain any ketchup and is almost always made with plain yellow mustard. It’s rich, spicy and tangy with no trace of sweetness, making it ideal for pork or chicken.

Texas: Texas barbecue is all about the beef and the BBQ sauce is used primarily to baste or marinate rather than as a condiment. It’s thin but hearty with meat drippings and bold ingredients like smoky cumin, hot sauce, chili powder, garlic and Worcestershire sauce.

There are quite a few BBQ sauce styles that aren’t well-known outside the region of their origin. Here are just a few of those lesser-known styles.

Alabama: Unlike most ketchup-based barbecue sauces, Alabama BBQ sauce is mayonnaise-based to slather on everything from chicken to pork shoulder to ribs. You can use it as a dipping sauce, marinade or dressing for coleslaw.

West North Carolina: Almost identical to the East Carolina sauce with the addition of ketchup, this peppery, tart red sauce is also great on pork, especially if you’re serving it on a pulled-pork sandwich.

Florida: Famous for smoked mullet, this region combines Carolina’s heavy vinegar base with Cuban citrus and spicy, tropical Caribbean elements for a sauce that’s basted on meat or fish while it cooks.

Barbecue sauces pair better with some foods more than others. Pairing barbecue sauces can mostly be divided into beef and pork style sauces. Beef barbecue tends to use tomato-based sauces and focus on spicy, peppery tones. Pork barbecue sauces are vinegar-based and lean to the sweet side.

Find the flavor profile that suits your taste as well as the meat you plan to grill. When preparing pork or sausage, many people prefer a mustard-based sauce. If you want something a little sweeter to slather on your ribs, chicken or beef, try a ketchup-based sweet and spicy sauce. Savory sauces pair well with beef and chicken goes well with nearly any flavor barbecue sauce.

Whatever your preference, just look around and you’re sure to find a BBQ sauce recipe with all the ingredients you love.

How do you make BBQ sauce from scratch?

All you need to do is combine your favorite sauce ingredients together in a pot and let it simmer. Cook it over low heat to let the mixture thicken slightly. Taste as you go – you may find that you can cut back on some ingredients or go a little heavier with others.

What is barbecue sauce made from?

Most are ketchup-based and use a handful of ingredients you likely already have at home: brown sugar or honey for sweetness; red wine vinegar, Worcestershire sauce or mustard for tanginess and hot sauce or a dash of cayenne pepper for the heat.

How do you store homemade BBQ sauce?

You can make the BBQ sauce the day or weekend before your cookout for easy meal prep on the day. Just be sure to let it cool before storing and keep it in an airtight container like a Mason jar for up to one week.

Why make your own barbecue sauce?

The beauty of making your own sauce is that you can change it up. Sweeten it with brown sugar or molasses instead of honey. You can use Dijon mustard rather than yellow mustard or replace the ketchup with tomato sauce.

What do you need to make barbecue sauce?

Ketchup, mustard and honey is the simplest base for a mild-tasting BBQ sauce. From there, you can add your favorite seasonings like Worcestershire or hot sauce, garlic powder, smoked paprika, cumin and chili powder for bolder flavor.

Is BBQ sauce made with ketchup?

Barbecue sauce recipes traditionally call for ketchup and other tomato products along with sugar, spices, vinegar and maybe some molasses or Worcestershire sauce. Bourbon, beer and other spirits may find their way in too.

What can I add to barbecue sauce?

You can add jams, jellies and preserves, alcoholic beverages, fruits & juices and spices to boost the flavor profile. Refine the texture, as needed, with an immersion blender or food processor. For the finishing touch, stir in a tablespoon of butter to give your sauce a little shimmer

What is the best BBQ sauce?

The best BBQ sauce is your special blend with all the ingredients your like and none that you don’t like. Do you prefer something classic and balanced, smoky or hot and spicy? It’s all up to you.

Suggested for this How-to
Comments & Questions
Reset Your Password

Please enter your email address below. You will receive a link to reset your password.

Smoke out the goods!
Get recipes, cooking tips and tricks and promotional offers delivered to your inbox each week.